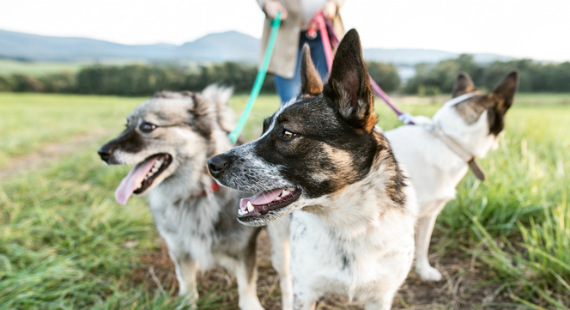 Dog owners are urged to keep their pets under control and think of others when visiting the borough’s parks and open spaces.

As residents get out more after the lockdown, the council’s rangers service has received several complaints about dogs allowed to roam loose and owners not cleaning up after them.

The Cheshire police rural crime unit have also endorsed the message and have visited  Tegg’s Nose Country Park, near Macclesfield and other countryside areas popular with dog walkers, including Tatton Park.

There have also been incidents of loose dogs chasing farm livestock. Recently, a lamb was killed on a farm near Macclesfield after a flock of sheep stampeded when chased by a dog let loose.

Councillor Nick Mannion, Cheshire East Council cabinet member for environment, said: “Sadly, there have been a number of incidents involving out-of-control dogs in the countryside and managed parks.

“The latest incident involved an out-of-control dog near the council’s Tegg’s Nose Country Park. A new-born lamb on private neighbouring farmland died after being crushed by other sheep which were being chased by the dog.

“We have also received reports from members of the public witnessing incidents at other country parks and managed parks where dog owners have allowed their pets to frighten passers-by or run wild, causing distress to wildfowl.”

Incidents have occurred at Poynton Park, where dogs have chased sheep, at Lyme Park in Disley and at Brereton Heath local nature reserve where one loose dog ran amok, disturbing wildlife and frightening children. In another incident a jogger was attacked, while at Tatton Park young deer calves have been frightened by dogs let loose by their owners.

Cllr Mannion added: “Thankfully, most dog owners visiting our parks and green spaces are responsible owners and take steps to ensure their animals do not present a risk to wildlife or other people.

"But we would remind all dog owners that they have a responsibility to keep their dogs under control and, when required to by a public notice, keep their animal on a lead to avoid causing any harm or stress to farm livestock.

“Following the reopening of Tatton Park’s parklands, the council is requesting all dog owners visiting the park to ensure their pets are on a lead. Wildlife, including the deer – which are now calving – are easily distressed or harmed by loose dogs and, unfortunately, not all dog owners have acted responsibly.

“Some dog owners have been abusive to our staff and rangers when asked to get their dog under control and that is not acceptable.”

The council is about to extend its borough-wide public space protection order on dog control and dog fouling for a further three years.

Notices are in place at the council’s various country parks, managed parks and open spaces asking dog owners to keep their pets under control especially where the council’s own rare breed cattle are grazing.